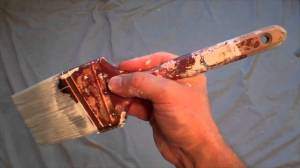 In his classic work, The Divine Conspiracy,  Dallas Willard uses the illustration of a fighter pilot who crashed his jet into the sea as a metaphor for our culture.  The reason he crashed?  In flying maneuvers he became disoriented and confused the sea for the sky, and despite all his best efforts to rectify the problem, he crashed headlong into the waters because he was flying upside down and didn’t know it.

Our world is truly flying upside down.  Down is up, up is down and wrong is right.  Big issues like race riots, gay marriage and men becoming women threaten to rip us apart at the seams.  Lines are being drawn in the sand and people are being painted with broad brushstrokes.

You’re against gay marriage? Then clearly you are a homophobe.

You think the looting in cities like Baltimore and St. Louis is ridiculous? You must be a racist bigot.

Your heart breaks for Bruce Jenner, though you don’t understand his life choices?  Then you may be a bleeding heart liberal.

The problem with broad brush strokes is they don’t leave room for complexity.  Each of the above issues, like most big issues in life, are so complex in nature that there can be literally dozens of stances that one could take for each one.  In addition, it takes time to listen, understand, and discuss the complexities of the issue, which means social media is the worst place possible to discuss such issues. Our 140-characters-or-less mentality lends itself to broad strokes and casts aside the minute detail brush that these issues often demand.

So lately I have been largely silent on social media and even in this blog.  It’s not that I don’t have opinions.  I do.  I just don’t feel like getting labeled, misrepresented and scorned by people who don’t really know me or care to get to know me. This is something I know I have in common with many other segments of our culture.  But that’s not the only reason I am silent. There is another reason.

If social media constrains us to a broad brush, then I want to make sure that the brush I use is the one that will make the most impact, and while these are big issues and important issues, they are issues better suited for face-to-face discussions rather than Facebook arguments.  So as I look at the broad brushes at my disposal, I choose the one marked “Love.”  I can spread the Love of Christ to all who read my pithy comments, tweets and replies.  I can be loving towards those who are hateful.  I can show forgiveness to those who are hurtful.  I can display kindness to those I strongly disagree with, and in doing so, hopefully I draw them closer to the ultimate broad brush statement of the Gospel: “For God so loved the world that He gave his one and only Son that whosoever believes in Him shall not perish but have everlasting life.” (John 3:16; emphasis mine).

So don’t mistake my silence for timidity.  My silence on these issues is strategic.  I will gladly discuss them in the proper forum.  Social media simply is not that forum.

Fortunately, the Gospel speaks in every forum.