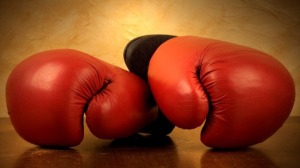 “For though we walk in the flesh, we do not war according to the flesh.” -2 Corinthians 10:3

I know, I know, I already wrote about the situation in Houston.  And with several other bloggers writing about it, the proverbial dead horse has received his beating.  So why another article?  Because this could prove to be a watershed moment in American history concerning religious liberty, and the whole nation is watching to see how the church responds.  That being the case, we must take care not to lose the war for the souls of men because we are so focused on the immediate battle before us.  If the Church wants to take advantage of this situation, there are three major pitfalls to be avoided.

Our country loves to sue, and politicians, conservative and liberal alike, have mastered using the court system to advance their agendas.  So it’s no surprise that many Christians are tempted to use the court system to advance their cause.  The ink on the subpoenas was hardly dry before petitions were being passed around to overturn the orders to hand over sermons.  The problem?  The Gospel is not advanced through litigious means.  It’s not designed to be.  In fact, turning this into a legal battle will be counter-productive.  All the world will see is angry religious people suing and counter-suing until they get “their way.”  Instead of loving and compassionate, we come across as petulant and spiteful, and that will not attract anyone to God’s message of love and grace.

Pitfall #2 – Insist On Having Our “Rights” Upheld

There have been many and myriad voices crying that these subpoenas are trampling first amendment rights.  Allusions to the old Soviet Union, 1984, and censorship abound.  This is the wrong approach for several reasons.

First, my right to preach the Gospel is not endowed to me by the government, but by my Creator.  Sure, governments throughout history have used their might to try to silence Biblical preaching, but for two-thousand years Christ crucified has been proclaimed in spite of imprisonments, tortures, and executions.  No matter what the government does, I will preach, because that is my God-given duty.

Second, by insisting on our rights is to demean the value of suffering for the cause of the Gospel.  Does this mean we actively seek out persecution?  No.  But when it does come, we should endure with an attitude of peace and love for our persecutors.  That does not mean we preach with any less boldness.  Rather, we preach whether it is safe to do so or not.  Such boldness and courage adds veracity to our message.

Third, our rights are secondary to our mission.  There are times to insist on our rights.  Paul did so in Philippi, but only after he endured a beating and shared the Good News with his fellow prisoners and his captors alike (see Acts 16).  Paul understood a fundamental truth that we neglect in America because of our freedom: the cause of Christ is sometimes better advanced when we relinquish our rights rather than cling to them with a vise-like grip.

Pitfall #3- Have a Confrontational Attitude

Let’s be fair, the “Evangelical Right” has been itching for a fight for several years.  Houston could prove to be the staging area for what they want: a nationally watched Religious Right vs. Liberal Left throwdown, where the Constitution may very well be on the side of the Evangelicals.  And judging from chatter on twitter feeds and Facebook pages, that’s what many Christians want.  Some have said they would bury them in paperwork by flooding the City Attorney’s office with every sermon they could find, whether it was theirs or not.  Others have said they would fight tooth and nail before submitting a single scrap of paper.  Still more said that they could get their sermon the same way anybody else does, by coming and listening to it on Sunday morning.

But what message does this send?

I, for one, would be zealous to hand in my sermons.  Why?  Because I wrote them with the intention of changing hearts via the revelation of God’s Word.  What if the heart that was changed was that of a city attorney, public prosecutor or mayor?  Is our faith in the power of preaching so small that we would rather commit civil disobedience than allow God’s truth to be proclaimed?  If the intentions of our government are less than pure, that is on them, not us.  Let it never be said of God’s ministers that a sermon was asked for and we failed to deliver!  Is this not part of “being ready in season or out of season”?  Let us not be blinded by our ambition to be right, let us simply do right by letting the Word of God confront the leaders of Houston, as well as any other leaders we may stand before.

“Heaven and earth will pass away, but my word will not pass away.” -Matthew 24:35