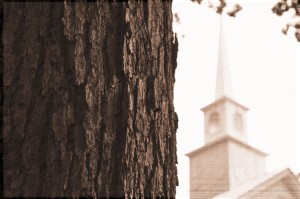 We church leaders love them.  Leadership.  Church Growth.  Church Planting.  Name the flavor and preachers, ministers, youth and worship leaders will flock to them.  The best worship bands, well-known authors, preachers, and teachers will fill our minds with ideas and our hearts with zeal.  And there in the seats we sit, with our notebooks and laptops open, recording everything said, with high hopes of replicating their “success” in our ministries.

Unfortunately this seldom occurs.  Either the notebooks get shelved, never to be opened again, their ideas forever unborn, or the ideas do get implemented, but the results are less than satisfactory.  Sure, there’s the rare exception, but too often the let-down after a conference is an all too familiar reality for many a church leader.

The reasons why can be many, and I am in no means am trying to paint this problem with a one-size-fits-all brush.  However, I believe that there is one major contributing factor to the disconnect between convention and successful application, namely that nearly all convention and conference speakers come from mega-churches.

The reasons why small-church guys don’t speak at conventions are varied, but the top answers I run across when I speak to friends who serve on planning committees are as follows.

What the Small Church Preacher has to Offer

So why invite the small town guy to the big party?  If nobody has heard of him, and very few people go to his church, and he’s never delivered a message to a few thousand people, what could he possibly have to offer?

¹If you trust John MacArthur’s claim that there are 250,000 churches in America compared to only 1,600 mega-churches.