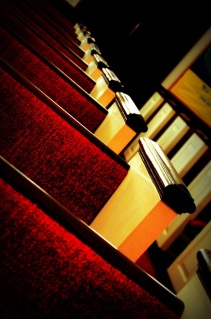 It’s getting to that time of year where I start looking back and seeing what I have learned over the past 12 months.  There have been dozens of books read and scores of sermons and lessons prepared and presented.  There have been nearly 60 articles written for three different blogs, including a few that were published in our brotherhood’s most recognized magazine.  But what did I learn?  How did I grow?  All this productivity is for naught if I do not grow through it.  Below is a brief list of ways that I have grown and lessons that I have learned along the way.

Issues take a Backseat to People

When I look at Jesus’ life and ministry I see that He constantly put the needs of people at the forefront of His ministry.  Whether it was breaking the social, racial and gender barriers by approaching a Samaritan woman a a well or by defusing the attempted execution of an adulteress caught in the act, Jesus always took the side of people over the issues.  Does this mean issues aren’t important?  No.  Jesus managed to maintain a perfectly holy lifestyle and, because He’s God, He had perfect doctrine.  But His adherence to truth never got in the way of Him helping those in need.  Rather, His doctrine seemed to motivate Him to help.  Remember His answer to which commandment is the greatest? ‘Love God. Love People.’  His theology motivated His charity.

Too often when we look at issues, whether they be homosexuality, abortion, the existence of Hell or any other hot-button topic of the day, we get caught up in whether we are right or wrong and people become an afterthought.  I can’t help but think that Jesus would turn that on it’s head.  Motivated by love, He would teach the truth concerning these issues while never losing focus that there are people who bear the image of God within them who are caught up in these issues.  Sin would still be confronted, but it would be confronted from a position of love rather than a position of self-righteous condemnation.

Not Every Issue is a Hill worth Dying on.

I read an article last week about a minister in a small Wisconsin town.  The town was being sued by an atheist group to remove the nativity from the town square which was local government property.  Of course the townspeople, which are mostly Christian, are fighting back.  But this minister was very aggressive in His commentary on the matter.  “This is a hill worth dying on!” He proclaimed.  Really?  A creche display is worth dying for?  Wouldn’t it be more impactful of a statement if the citizens of the town displayed the nativity in each of their lawns, OR (now this is really radical) if they all displayed Christ-like behavior on a daily basis?  I’m not saying I think the nativity should be removed, nor am I saying that I think the town is wrong for filing a counter-suit.  What I am saying is that there are things MUCH MORE important than displaying baby Jesus in the town square.  Starvation, AIDS, clean water are major issues all over the world, yet people want to get mired in a fight over a display.  Shame on BOTH sides of the issue for being so easily distracted.

I know some of you are now saying, “Come on Captain Obvious, tell us something we don’t already know.”  But it’s true.  Too many churches are adopting business models to grow their membership.  Even more are more focused on outward appearances than inward change.  Discipleship has taken a backseat to conversion.  Oh, and by the way, these are problems that are 20-30 years old and what we are seeing is a generation of young adults totally and completely disenfranchised with the Church.  The lack of trust in big-corporations isn’t limited to the occupy Wall St. crowd.  It is being applied to organized religion as well.  Young adults are more cynical than ever before, and the result is that they see through the facade of programming to the heart of the matter: do we really believe in Jesus?  If we really believe that He is God, then why don’t we act more like Him?

But personal discipleship isn’t the only ingredient missing in the American Church.  Fellowship, sharing one another’s needs and church discipline have all taken hits.  The results have been disastrous with declining attendance numbers and stagnating churches becoming more the norm and less the exception.  If we are to recover, then we need to heed the words of Jesus to the Ephesian church and “remember our first love.”  To quote Kyle Idleman, are we “fans or followers of Jesus?”  A fan lacks true involvement, whereas a follower will sacrifice anything to please the Master.

I’ve met a number of people who have rejected organized religion to go on their own personal faith journey.  The idea appeals to many Americans.  We respect people who take the initiative to accomplish something by themselves.  We are a self-made country built on the backs of self-made individuals, so the person who says, “I’m doing it my way” is admired.  The problem is that this goes directly against what the Bible teaches.  Paul told the Corinthians, Romans and Ephesians that the purpose of Spiritual Gifts was to build up each other.  Hebrews tells us not to forsake gathering together.  Why?  So we can encourage one another (see Heb. 10:25).  Are there times when we need to focus on our personal walk with God? Yes!  But not at the expense of the Church.  We need the Church for purposes of accountability and encouragement, and the Church needs us and the gifts God has given to us to build up the body of Christ.  If you want to see the Church improve, contribute!

You Can’t Convince Someone by Trying to Please Everyone

Everyone wants to be liked, and I’m no different.  But when you teach and preach and write about Biblical truth, there are times you must take some unpopular stances on controversial issues.  Yes, people come first, but not at the expense of truth.  The result has been a fair amount of criticism.  I decided several months ago to contribute to a controversial blog that was designed to shake up leadership within the Church by pointing out some flaws in modern church philosophy.  I got some ‘hate mail’ from people who were surprised that a ‘conservative’ like me would join forces with ‘liberals’ like ‘them.’ (Of course, those terms are so relative, that it’s laughable whenever I am labeled as either conservative or liberal).  But, more than any other year, I was able to let the criticism slide because my conscience was good.  Everything between me and God was still good, so a little criticism didn’t hurt as much as it had in previous years.  I doubt I could say that if I had tried to compromise for the sake of popularity.

These are just a few lesson I have learned this year.  My goal is to continue to grow and learn as God molds me into the vessel of His choosing.